The Cadillac Kings are going from strength to strength. October 2016 saw the release of their 5th album 'The Secret of my Success' which quickly ended up on so many playlists that by December it was voted one of the top 3 blues cds of the year by the IBBA (along with Kaz Hawkins and Joe Bonamassa). Throughout 2017 the cd continued to make inroads into US radio and to the astonishment of the band one of the album tracks reached #1 in Cashbox Magazine's Blues & Boogie Chart in September 2017, and stayed there for 4 weeks, holding off acts such as The Fabulous Thunderbirds, John Primer, Coco Montoya, Rick Estrin & The Nightcats, Samantha Fish etc. The Cadillac Kings were the only UK act to figure in the chart during 2017!

'Entertaining, authentic and infectious - The Cadillac Kings' high energy R&B is enough to put a foaming head on a pint of real ale!' 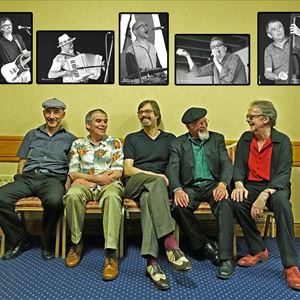