Boston Manor Park is the surviving part of a larger estate which existed in Brentford from the 12th century to the 1920s. It was a priory farm in the 13th century, supporting St Helen's Priory in the City of London and had later associations with Sir Thomas Gresham, Lady Mary Reade and the Clitherow family. Today it is a public open space and the setting for the 17th century Boston Manor House and both still retain features from their long history. Our talk will focus on the planned Lottery-funded renovation of the Park and the challenges of preserving and adapting its historic landscape.

David Stockdale works for the London Borough of Hounslow and has been part of the team delivering the Lottery-funded restoration of Boston Manor House and Park since 2015. As a social history curator, historic house manager and heritage professional he has worked on collections and historic building interpretation in Scotland, Yorkshire and London. He is a member of DEMHIST and a Research Associate of the University of York.

Sion Thaysen is a landscape architect and director at Allen Scott, and has been appointed by the London Borough of Hounslow to lead the design team in the regeneration of Boston Manor Park. His interest and passions lie in parks and urban spaces, and how the process of visioning and collaboration breathes new life into places, heightens our sense of beauty and delight, and allows us to connect to each other and nature. 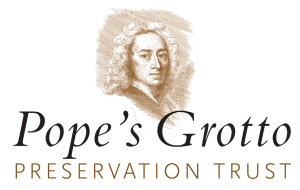