In 2017 Quartetto Adorno won the Third Prize (First Prize not awarded), the Special Prize for the best performance of a contemporary piece and the Public's Prize at the International String Quartet Competition "XI Premio Paolo Borciani". During the thirty-year history of the competition, no Italian quartet has received such important recognition. Renowned musicians such as Alfred Brendel and Paul Badura-Skoda, Miguel Da Silva (Quatuor Ysaye), Takács Quartet, expressed high regards for the Quartet Adorno.

Their name, Quartetto Adorno, is a tribute to the great philosopher Theodor Wiesengrund Adorno who, in an age of musical and social decline, saw chamber music as the only path to salvation. Adorno claimed that this genre kept the relationship between human beings and music authentic, upholding values such as respect and a desire of perfection.

In 2016 the Quartet received the "Zweite Wiener Schule Preis" award held by ISA Sommera Akademie for the best interpretation of a Second Viennese School Quartet and they performed live for a radio broadcast at ORF Radio KulturHaus in Vienna.

In 2017 Quartetto Adorno was selected to be part of the project "Le Dimore del Quartetto" and became the ECMA-European Chamber Music Academy effective ensemble founded by Hatto Beyerle.

In 2018 Quartetto Adorno was the winner of the X International Competition for String Quartet "V. E. Rimbotti" and they also became the associate artist in residence at the Chapelle Musicale Reine Elisabeth in Brussels.

In 2019/20/21 they will be engaged in the performance of the complete Beethoven quartets at "Associazione Musicale Lucchese", Viotti Festival" in Vercelli, Amici della Musica in Cagliari, "Musikamera" at Sala Apollinea in Teatro La Fenice in Venice, Teatro Bellini in Catania.

Special thanks is given to Asmana Wellness World Firenze for supporting Quartetto Adorno's activities. 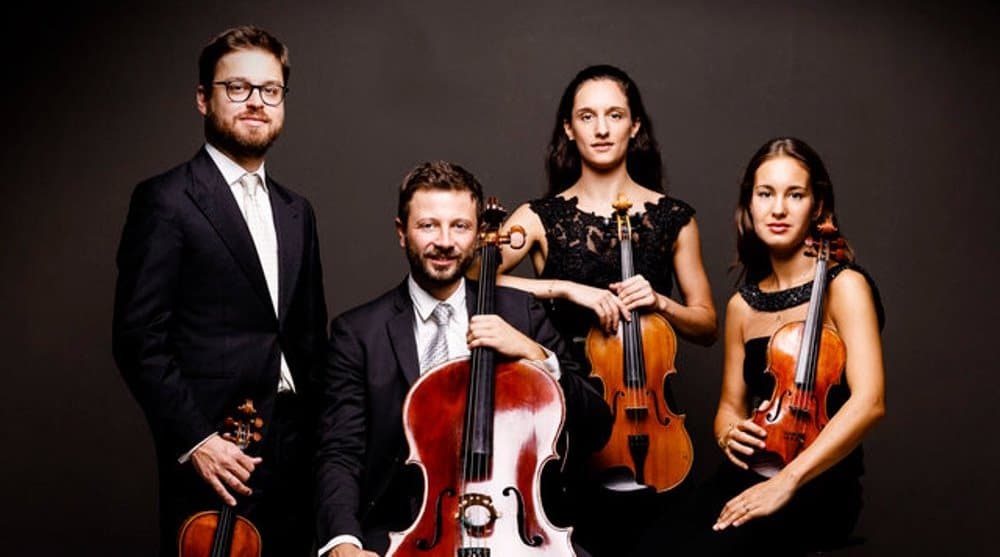