Formed in 2016, the Albion Quartet unites four outstanding young string players, brought together by a shared belief in the visceral power of the string quartet. The upcoming season sees the quartet returning to the Wigmore Hall and Aldeburgh Festival, as well as continuing residencies at Sainte-Mere Festival in France and RWCMD in Cardiff. It will be making a number of broadcasts for BBC Radio 3, whilst continuing its recording projects for Signum Records, for whom they are exclusive artists.

Recent engagements from the 2017-18 season included performances at the Louvre in Paris, Concertgebouw in Amsterdam, Robert Schumann Gesselschaft in Frankfurt, Båstad Festival in Sweden, Festival of Music in Franconia and Rhine Valley Music Festival in Germany, as well as the Hay Festival in the UK. The quartet members were artists in residence at the Ryedale Festival, exploring the chamber works of Dvorak, and the quartet is currently recording a Dvorak cycle for their label, Signum Records. It has been invited back for an extended residency to explore the complete set of Mozart and Haydn quartets, with the exciting addition that each one is to be paired with a brand new commissioned work.

Its commitment to new music has most recently seen a collaboration with Kate Whitley for a powerful and evocative song cycle, the 'Charlotte Mew Songs', recently performed with soprano Caroline Melzer. Over the summer the quartet is excited to be premiering and touring a new work by Freya Waley-Cohen, co-commissioned by Aldeburgh Festival, the Phillips Collection and Sainte-Mere Festival.

Upcoming performances include its US debut at the Phillips Collection in Washington, alongside appearances at several festivals including the Oxford Lieder, Stratford International, Belfast International, Cheltenham, Presteigne, and Lichfield, and participating in Beethoven cycles in the UK and Portugal.

Passionate about musical education, the quartet holds a residency at the Royal Welsh College of Music & Drama, where it regularly gives masterclasses and performances in the Dora Stoutzker Hall. As a Cavatina Chamber Music Trust ensemble, it also gives frequent workshops at primary school level where it is thrilled to share the magic of chamber music with children from diverse backgrounds. In 2020, it will be extending its educational work even further by launching 'Friends of the Albion Quartet', aimed at developing mini-residencies with schools in the state sector and in the special needs category to help these children to connect more deeply to classical music and find inspiration through experiencing music in an interactive and accepting environment.

The members of the quartet play on a fine collection of instruments, including a Stradivarius and Guarnerius. 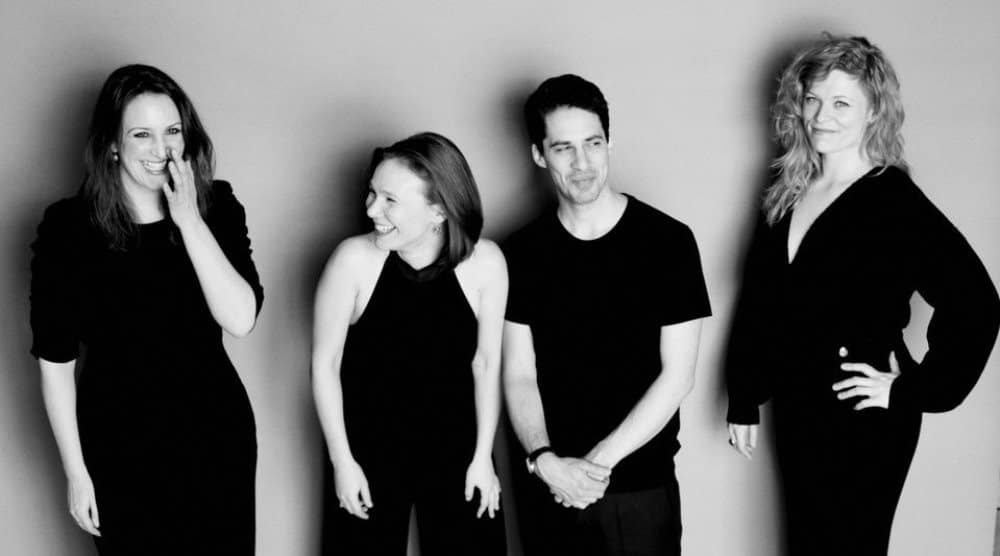