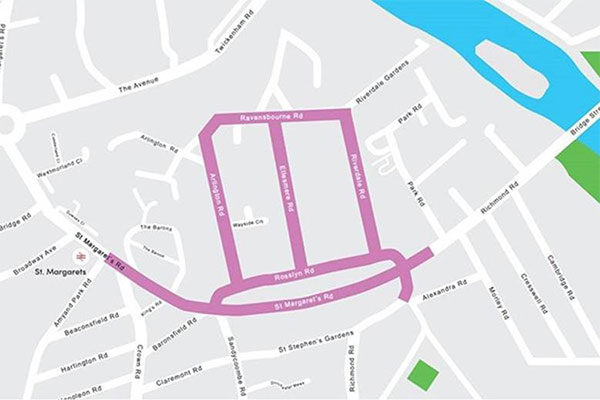 A Public Space Protection Order (PSPO) in place in streets around the BPAS Clinic in Rosslyn Road is to be extended for three years, following approval from all parties at Tuesday night’s Full Council Meeting (30 November 2021).

The decision comes following earlier approval by Richmond Council’s Regulatory Committee on 12 October and on the back of a six-week-long formal consultation held in the summer, which received over 1,300 responses with 94% of respondents agreeing with the proposal for extending the PSPO.

Under the Anti-Social Behaviour, Crime and Policing Act 2014, a PSPO can be implemented if activities carried out in the local area have had a detrimental effect on the quality of life for those in the locality and that the effect is of a persistent and continuing nature so as to make activities unreasonable, provided the PSPO is reasonable and proportionate.

The Rosslyn Road PSPO originally came into force in April 2019, and since then, there have been no known breaches of the restrictions in the buffer zone area and there have been no further petitions, complaints or concerns raised with the Council. It will now be extended for three years, once the current PSPO expires on 31 March 2022.

Councillor Rob O’Carroll, who supported the extension at the Council meeting, said:

“Protecting the health and wellbeing of the people visiting this clinic is our absolute priority - they should be allowed to access services without feeling intimidated or distressed. The PSPO is clearly having a positive impact, we have seen no breaches and local residents have also reported the positive impact on the area.”

“I am grateful to those who have been respectful of the PSPO and remind everyone that, as with the current PSPO, going forward it would not ban anyone from protesting or hosting a vigil, but would prevent such protests or vigils taking place near the clinic.”