Parody is one of those fine grammatical terms like anaphora, chiasmus and synedoche that English teachers understand and the rest of us don’t. Simply put a parody is a spoof or send-up by means of humorous, satirical or ironic imitation. Ben Johnson sums it up rather nicely in his 1598 publication ‘Every Man in His Humour’…

“A Parodie, a parodie! to make it absurder than it was.”

In their 1959 book, “The Lore and Language of Children”, the noted anthropologists, and collectors of children’s rhymes and games, Iona and Peter Opie suggest that the masters of parody are children…

“Parody, that most refined form of jeering, gives an intelligent child a way of showing independence without having to rebel. Children who recite “Our Father which art in heaven, bought a pair of braces for two and eleven” are not necessarily irreverent. It is just a thing they do. It is as if children know instinctively that anything wholly solemn, without a smile behind it, is only half alive.”

With many of the Christmas carol parodies it is possible to date their origin from their content. Take this favourite from the First World War….

This ties in with a popular wartime joke… 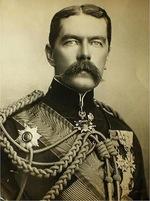 Q. What is the difference between Beecham’s Pills and Lord Kitchener? A. One sends you out the back (to the privy) and the other out the Front!

Many of these generationally old parodies are still popular today. Two favourites from the 2nd World War…

…and its Scottish variant…

…come from a time when knicker elastic was rationed to 1 yard per person and nylons were virtually unobtainable unless you knew a ‘Spiv’. These black market racketeers sold rationed and often stolen goods on the street.

“Stolen! It ain’t stolen lady! It just ain’t paid for yet!”

…is equally easy to date to the early 1960’s and the rise of Beatlemania. The process of parodying Christmas carols still continues to this day although one suspects that not all were written by children. Along with the currently popular….

…is the absolutely modern and distinctly sinister…

Students at the Carlson School of Management Flash Mob sing “Deck the Halls.”

Recorded at the University of Minnesota last month.